Nicola Tesla. The brilliant inventor who has revolutionized entire field of electricity. He has inspired numerous enthusiasts. We have gathered some of the best quotes of him. Hope you would like them. 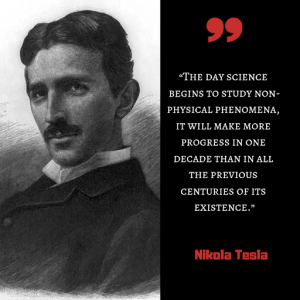 “I don’t care that they stole my idea, I care that they don’t have their own.” This is just one of the many thought-inducing quotes by Nikola Tesla, the inventor of the generation.

His ideas have been so popular in the history that he sounds more like a philosopher than an inventor, but don’t let his words fool you. He is one of the greatest inventors we have ever had.

I have curated some of his mind-blowing quotes to ponder over, go through them and share your experiences in the comment section.

#1. “If you want to find the secrets of the Universe, think in the terms of energy, frequency, vibration.”

#2. “One must be sane to think clearly, but one can think deeply and be quite insane.”

#3. “All that was great in the past was ridiculed, condemned, combated, suppressed— only to emerge all the more powerfully, all the more triumphantly from the struggle.” 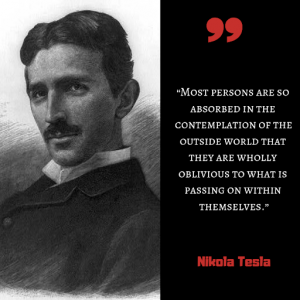 #5. “I do not think there is any thrill that can go through the human heart like that felt by the inventor as he sees some creation of the brain unfolding to success . . . Such emotions make a man forget food, sleep, friends, love, everything.”

#6. “Life is and will ever remain an equation incapable of solution, but it contains certain known factors.”

#7. “What one man calls God, another calls laws of Physics.”

#8. “Everyone should consider his

body as a priceless gift from

one whom he loves above all, a

marvelous work of art, of

mystery beyond human conception, and so delicate that

thought may injure it.”

#9. “The individual is ephemeral, races and nations come and pass away, but man remains.”

#10. “What we now want most is closer contact and better understanding between individuals and communities all over the earth and the elimination of that fanatic devotion to exalted ideals of national egoism and pride, which is always prone to plunge the world into primaeval barbarism and strife.”

#11. “The present is theirs; the future, for which I really worked, is mine.” 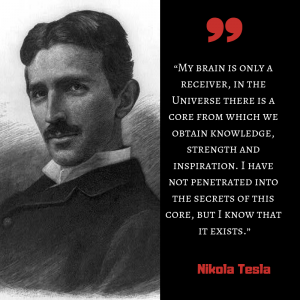 #13. “Invention is the most important product of man’s creative brain. The ultimate purpose is the complete mastery of mind over the material world, the harnessing of human nature to human needs.”

#14. “But instinct is something which transcends knowledge. We have, undoubtedly, certain finer fibers that enable us to perceive truths when logical deduction, or any other willful effort of the brain, is futile.”

#15. “Every living being is an engine geared to the wheelwork of the universe. Though seemingly affected only by its immediate surrounding, the sphere of external influence extends to infinite distance.”

This man of wisdom and great intelligence came from nowhere, yet he is known around the globe. He devoted his entire life to inventions and discovery and never got married. His ideas have created the life we know it is now, yet he died almost penniless.