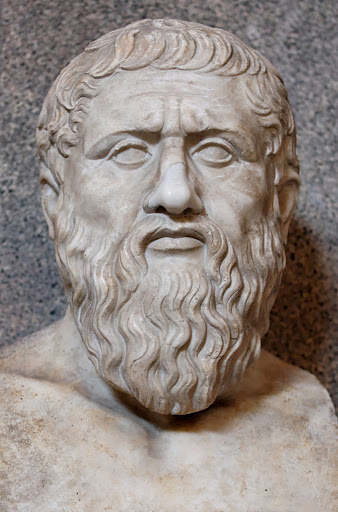 60 Best of Plato Quotes You Must Know

Plato is one of the best known and most widely read philosophers in the world. He was the student of Socrates and teacher to Aristotle. He wrote in the middle of the 4th century BC in Ancient Greece. Plato was mainly influenced by Socrates as he was the central character in most of his writings. Plato was also influenced by others such as Pythagoreans, Parmenides and Heraclitus.

Plato is also widely known as the founder of the Platonic Academy, the first institution of higher learning in the Western world. He is considered to be a major figure in Ancient Greek and Western Philosophy.  Plato’s work is often subject to controversy as to their authenticity and their order, due to their antiquity and preservation throughout time. Nonetheless, his writings and quotes have great significance and are a must read.

1.) Music is a moral law. It gives soul to the universe, wings to the mind, flight to the imagination, and charm and gaiety to life and to everything. – Plato

2.) “The first and greatest victory is to conquer yourself; to be conquered by yourself is of all things most shameful and vile.”
― Plato

4.)Courage is knowing what not to fear.  – Plato

8.)He who is not a good servant will not be a good master.  – Plato

9.) You can discover more about a person in an hour of play than in a year of conversation. – Plato

10.) There will be no end to the troubles of states, or of humanity itself, till philosophers become kings in this world, or till those we now call kings and rulers really and truly become philosophers, and political power and philosophy thus come into the same hands. – Plato

11.)Good actions give strength to ourselves and inspire good actions in others. – Plato

12.) If a man neglects education, he walks lame to the end of his life. – Plato

13.) Be kind, for everyone you meet is fighting a harder battle – Plato

14.) Every heart sings a song, incomplete, until another heart whispers back. Those who wish to sing always find a song. At the touch of a lover, everyone becomes a poet. – Plato

16.) The price good men pay for indifference to public affairs is to be ruled by evil men. – Plato

17.) Do not train a child to learn by force or harshness; but direct them to it by what amuses their minds, so that you may be better able to discover with accuracy the peculiar bent of the genius of each. – Plato

19.) There are two things a person should never be angry at, what they can help, and what they cannot. – Plato

20.) The beginning is the most important part of the work. – Plato

22.)For a man to conquer himself is the first and noblest of all victories. – Plato

26.)All men are by nature equal, made all of the same earth by one workman. – Plato

27.) Ignorance, the root and the stem of every evil. – Plato

28.)Justice means minding one’s own business and not meddling with other men’s concern.  – Plato

29.) Man…is a tame or civilized animal; nevertheless, he requires proper instruction and a fortunate nature, and then of all animals he becomes the most divine and most civilized; but if he be insufficiently or ill- educated he is the most savage of earthly creatures. – Plato

30.) No human thing is of serious importance. – Plato31.)Wisdom alone is the science of other sciences. – Plato 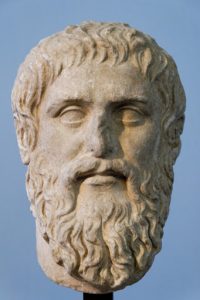 32.) “Any one who has common sense will remember that the bewilderments of the eyes are of two kinds, and arise from two causes, either from coming out of the light or from going into the light, which is true of the mind’s eye, quite as much as of the bodily eye”
― Plato

33.) Thinking is the talking of the soul with itself. – Plato34.) No evil can happen to a good man, either in life or after death. – Plato

35.)We can easily forgive a child who is afraid of the dark; the real tragedy of life is when men are afraid of the light. – Plato

37.)Love is the joy of the good, the wonder of the wise, the amazement of the Gods.  – Plato

39.) Poetry is nearer to vital truth than history. – Plato

40.) The direction in which education starts a man will determine his future life – Plato

41.) The more the pleasures of the body fade away, the greater to me is the pleasure and charm of conversation. – Plato

42.)Science is nothing but perception. –Plato

43.) Democracy is a charming form of government, full of variety and disorder, and dispensing a sort of equality to equals and unequal alike. – Plato

45.) If a man can be properly said to love something, it must be clear that he feels affection for it as a whole, and does not love part of it to the exclusion of the rest. – Plato

46.) Was not this … what we spoke of as the great advantage of wisdom — to know what is known and what is unknown to us? – Plato
47.) He who commits injustice is ever made more wretched than he who suffers it – Plato
48.) People are like dirt. They can either nourish you and help you grow as a person or they can stunt your growth and make you wilt and die. – Plato

50.)No man should bring children into the world who is unwilling to persevere to the end in their nature and education.  – Plato

51.) He whom love touches not walks in darkness – Plato

52.) Good actions give strength to ourselves and inspire good actions in others. – Plato
53.) No law or ordinance is mightier than understanding.  – Plato

54.)You can discover more about a person in an hour of play than in a year of conversation. – Plato

55.)The direction in which education starts a man will determine his future in life. – Plato

56.)Opinions is the medium between knowledge and ignorance. – Plato

58.)We are twice armed if we fight with faith. – Plato

59.)The greatest wealth is to live content with little.  – Plato

60.) A good decision is based on knowledge and not on numbers. – Plato

So here is the list of the best quotes from Plato. I have covered most of the quotes in the best way possible. If you have more suggestions, feel free to contact us and we will definitely prioritise your suggestion.