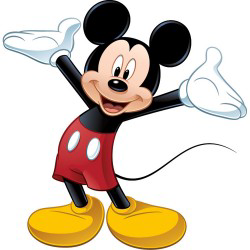 Walt Disney was born on December 5, in 1901, in Hermosa. He and his brother co-founded Walt Disney productions, which one of the best-known motion picture production companies in the world. He was famous for his films as well as for his quotes.

Here is a list of Best Quotes by Albus Dumbledore from Harry Potter.

Here is the list of 43 Best quotes of Walt Disney

1.”Laughter is America’s most important export.”

2.”The era we are living today is the dream of coming tomorrow.”

3.”There is more treasure in books than in all the pirate’s loot on treasure island.”

4.”A man should never neglect his family for business.”

6.”The worst of us is not without innocence, although buried deeply it might be.”

7.”Laughter is timeless, imagination has no age, dreams are forever.”

8.”You reach a point where you don’t work for money.”

9.”There’s is nothing funnier than a human animal.”

11.”Never get bored or cynical. Yesterday is the thing of past.”

12.”Everyone falls down. Getting backup is how you learn how to talk.”

13.”All you’ve got to do is own up to your ignorance honestly, and you’ll find people who are eager to fill your head with information.” 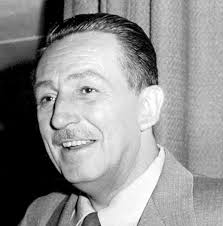 17.”The difference between winning and losing is most often not quitting.”

18.”All our dreams can come true, If we have the courage to pursue them.”

19.”When you believe in a thing, believe in it all the way, implicitly and unquestionable.”

21.”That’s the real trouble with the world, too many people grow up. They forget.”

22.”Our greatest natural resource is the mind of our children.”

23.”Children are people, and they should have to reach to learn about things, to understand things, just as adults have to reach if they want to grow in mental stature.”

24.”I do not make films primarily for children. I make them for the child in all of us, whether he be six or sixty. Call the child innocence.”

25.”I don’t believe in playing down to children, either in pasted image 0f life or in Motion pictures. I didn’t treat my own youngsters as a fragile flowers, and I think no parent should.”

26.”I have long felt that the way to keep children out of trouble is to keep them interested in things.”

27.”You are dead if you aim only for kids. Adults are only kids grown up, anyway.”

28.”It’s a mistake not to give people a chance to learn to depend on themselves while they are young.”

29.”I try to build a full personality for each of our cartoon characters to make them personalities.”

30.”In our animations we must show only the actions and reactions of a character, but we must picture also with the action… the feeling of those characters.”

31.”I love mickey mouse more than any woman I have ever known.”

32.”Of all of our inventions for mass communication, pictures still speak the most universally understood language.”

33.”Mickey mouse is to me, a symbol of independence he was a means to an end.”

34.”When people laugh at mickey mouse, it’s because he is so human; and that is the secret of his popularity.”

35.”I only hope that we don’t lose sight of one thing – that it was all started by a mouse.”

36.”Disneyland is a work of love. We didn’t go into into Disneyland just with the idea of making money.”

37.”Disneyland is the star, everything else in the supporting role.”

39.”I could never convinced the financier that Disneyland is feasible, because dreams offer to little collateral.”

40”You can dream, create, design, and build the most wonderful place in the world, but it requires people to make the dream a reality.”

41.”We allow no geniuses around our studio.” 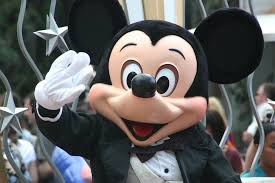 When I examine myself and my methods of thoughts I come to the conclusion, that money is not everything from the money we are unable to buy happiness.

By doing our work with true heart and full dedication we are able to achieve our goal and become successful in our life.