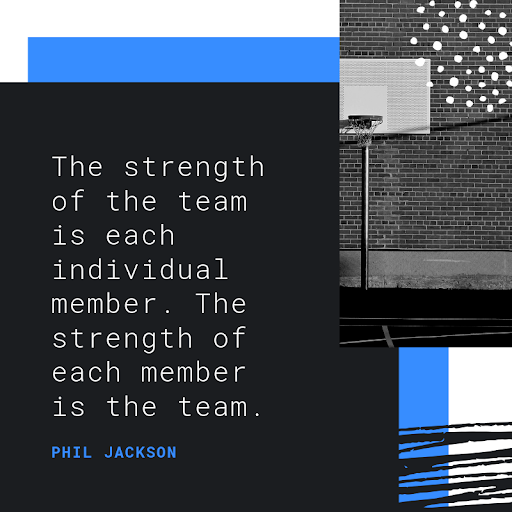 41 Best Motivating and Uniting Basket Ball Quotes Of All Time

Basketball is one of the most popular games in the world and it was invented in 1891. Even though the basic skills to play basketball comes easy to people, mastering the game is not everyone’s cup of tea. But don’t we always want what we cannot have?

Well, today I have curated a list of basketball quotes for you, so if you aren’t playing the game, you can at least read about it without getting bored, eh.

You are here seeking for basketball quotes, why not check out Most Motivating Michael Jordan Quotes meanwhile? 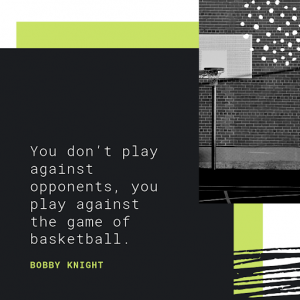 Here is the List of the Best Basketball Quotes

1.  “I can accept failure, everyone fails at something. But I can’t accept not trying.” – Michael Jordan

2. “A basketball team is like the five fingers on your hand. If you can get them all together, you have a fist. That’s how I want you to play.” –  Mike Krzyzewski 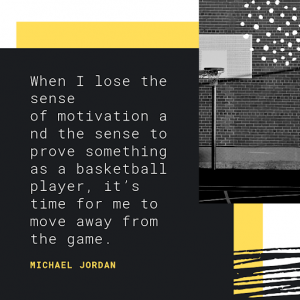 5. “I think, team first. It allows me to succeed, it allows my team to succeed.“- Lebron James

6.  “Basketball is a lifelong game. You continue to learn from the game day in and day out, and all along the way, you get better.” – Scottie Pippen

7. “The invention of basketball was not an accident. It was developed to meet a need. Those boys simply would not play ‘Drop the Handkerchief.’— James Naismith

8. “Create unselfishness as the most important team attribute” – Bill Russell

10. “Nothing is given. Everything is earned.” – LeBron James

11. “You can’t get much done in life if you only work on the days when you feel good.” –  Jerry West 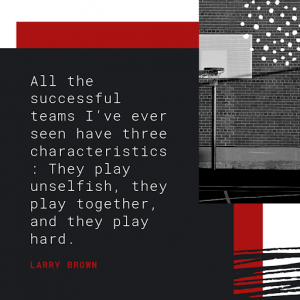 12. “Coaching is easy. Winning is the hard part.” – Elgin Baylor

13. “The two ingredients in success in basketball are playing hard and playing intelligently.”  – Pete Carroll

14. “Discover your gift, develop your gift, and then give it away every day.” – Don Meyer

15. “My goal is to win the next game one possession at a time. That’s it. I don’t have any other goals” – Brad Stevens

16. “Without my success in basketball, I’m nothing. My family, my daughter, my teammates, my foundation, my acting career – they all depend on that success.” – Ray Allen

17. “Obstacles don’t have to stop you. If you run into a wall, don’t turn around and give up. Figure out how to climb it, go through it, or work around it.”— Michael Jordan

19. “Ability may get you to the top, but it takes character to keep you there.― John Wooden

20. “You can’t win unless you learn how to lose.” – Kareem Abdul-Jabbar

22. “Some people want it to happen, some wish it would happen, others make it happen.” – Michael Jordan 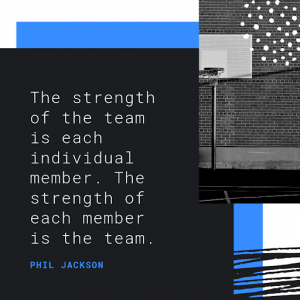 23. “Push yourself again and again. Don’t give an inch until the final buzzer sounds.” – Larry Bird

24. “If you are afraid of failure you don’t deserve to be successful!”— Charles Barkley

25. “The key is not the ‘will to win’… everybody has that. It is the will to prepare to win that is important” – Bob Knight

26. “Once you are labeled the best you want to stay up there, and you can’t do it by loafing around. If I don’t keep changing, I’m history.” – Larry Bird

27. “I treated it like every day was my last day with a basketball.” – LeBron James

28. “I’ve missed more than 9000 shots in my career. I’ve lost almost 300 games. 26 times, I’ve been trusted to take the game-winning shot and missed. I’ve failed over and over and over again in my life. And that is why I succeed.” –Michael Jordan

29. “I don’t complain about playing time. My job is to play so well that my coach can’t sit me.” – Shane Battier

30. “Great players are willing to give up their own personal achievement for the achievement of the group. It enhances everybody.” – Kareem Abdul-Jabbar

33. “I know that I’m never as good or bad as any single performance. I’ve never believed my critics or my worshippers, and I’ve always been able to leave the game at the arena.” – Charles Barkley 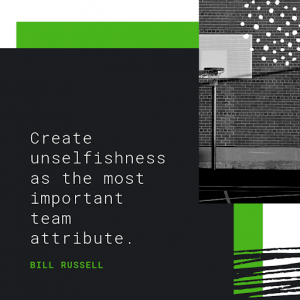 34. “Everything negative — pressure, challenges — are all an opportunity for me to rise.”— Kobe Bryant

35. “When I lose the sense of motivation and the sense to prove something as a basketball player, it’s time for me to move away from the game.” – Michael Jordan

36. “One player’s selfish attitude can poison the locker room and make it hard, if not impossible, to establish teamwork” – Dean Smith

37. “When a gifted team dedicates itself to unselfish trust and combines instinct with boldness and effort–it is ready to climb“-Pat Riley

38.“Some say you have to use your five best players, but I found out you win with the five that fit together best as a team.” – Red Auerbach

39. “Basketball is a team game. But that doesn’t mean all five players should have the same amount of shots.” – Dean Smith

40. “Teamwork is the beauty of our sport, where you have five acting as one.”— Mike Krzyzewski

41.  “All the successful teams I’ve ever seen have three characteristics: They play unselfish, they play together, and they play hard.” – Larry Brown

It is not news that the dynamics of basketball and life are similar in so many sense. In life, we regularly go through many ups and downs, just like in any basketball game, however, these endless challenges are essential for success in life. I hope these quotes have once again reminded you to always contribute, cooperate and share.