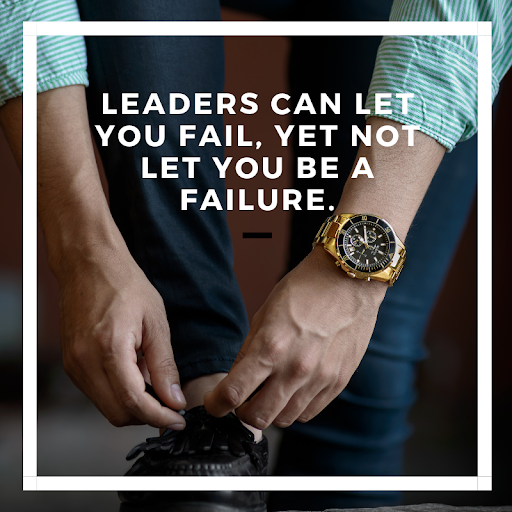 56 Top Inspirational Quotes for Work That Will Surely Motivate You

So, if you are in the stage of transformation where you are working because you want to and not because you need to, then you are in the right place. These specifically curated quotes might just motivate you, who knows you end up finding something you didn’t know you were looking for.

Also, check out our post on the best Hard Work Quotes. 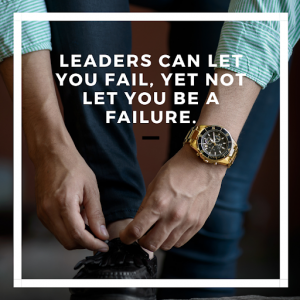 All the best! Happy Reading!

2. Becoming is better than being. —Carol Dweck, Mindset

3. I know not all that may be coming, but be it what it will, I’ll go to it laughing. —Herman Melville, Moby Dick

4.The sun himself is weak when he first rises and gathers strength and courage as the day gets on. —Charles Dickens, The Old Curiosity Shop

5. How wonderful it is that nobody need wait a single moment before starting to improve the world. —Anne Frank, The Diary of a Young Girl

6. Oh yes, the past can hurt. But you can either run from it or learn from it. —Rafiki, The Lion King

7. If I had nine hours to chop down a tree, I’d spend the first six sharpening my axe.—Abraham Lincoln

8. The mind is its own place, and in itself can make a heaven of hell, a hell of heaven. —   John Milton, Paradise Lost

9. Intelligence is the ability to adapt to change. —Stephen Hawking

10. Leaders can let you fail and yet not let you be a failure. —Stanley McChrystal

11. Would I rather be feared or loved? Easy. Both. I want people to be afraid of how much they love me. —Michael Scott, The Office 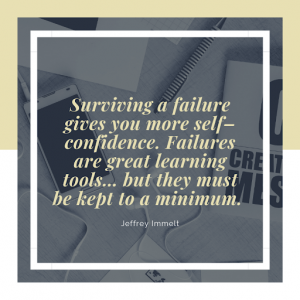 13. Kid, there are heroes and there are legends. Heroes get remembered, but legends never die. Follow your heart, kid, and you’ll never go wrong. —Babe Ruth, The Sandlot

15. There will be little rubs and disappointments everywhere, and we are all apt to expect too much; but then, if one scheme of happiness fails, human nature turns to another; if the first calculation is wrong, we make a second better: we find comfort somewhere. —Jane Austen, Mansfield Park

18. Be men, or be more than men. Be steady to your purposes and firm as a rock. This ice is not made of such stuff as your hearts may be; it is mutable and cannot withstand you if you say that it shall not. —Mary Shelley, Frankenstein

20. The only way to achieve the impossible is to believe it is possible. —Charles Kingsleigh, Alice in Wonderland (2010)

21. Man is only truly great when he acts from the passions; never irresistible but when he appeals to the imagination. —Benjamin Disraeli, Coningsby

22. When we strive to become better than we areunnamed(85), everything around us becomes better too. —Paulo Coelho, The Alchemist

24. We must believe that we are gifted for something and that this thing must be attained. —Marie Curie 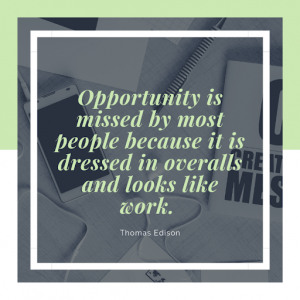 25. Intelligence without ambition is a bird without wings. —Salvador Dali

26. If something is wrong, fix it now. But train yourself not to worry, worry fixes nothing. — Ernest Hemingway

28. Don’t judge each day by the harvest you reap but by the seeds that you plant.—Robert Louis Stevenson

29. Leadership is a potent combination of strategy and character. But if you must be without one, be without the strategy. – Norman Schwarzkopf

30. A meeting is an event at which the minutes are kept and the hours are lost. – Unknown

31. You are not your resume, you are your work. – Seth Godin

33. One finds limits by pushing them. – Herbert Simon

34. If you see a bandwagon, it’s too late. – James Goldsmith

35. Business opportunities are like buses, there’s always another one coming. – Richard Branson

36. You must be the change you wish to see in the world. – Mahatma Gandhi

37. You only have to do very few things right in your life so long as you don’t do too many things wrong. – Warren Buffett

38. The trick is in what one emphasizes. We either make ourselves miserable, or we make ourselves strong. The amount of work is the same. – Carlos Castaneda

39. There’s no shortage of remarkable ideas, what’s missing is the will to execute them. – Seth Godin

40. The great accomplishments of man have resulted from the transmission of ideas of enthusiasm. – Thomas J. Watson

41. Everything should be made as simple as possible, but not simpler. – Albert Einstein

42. Far and away the best prize that life offers is the chance to work hard at work worth doing. – Theodore Roosevelt 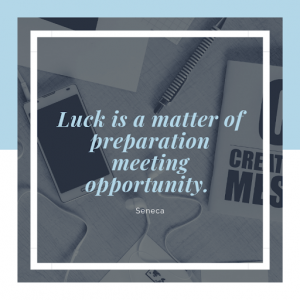 43. Change is not a threat, it’s an opportunity. Survival is not the goal, transformative success is. – Seth Godin

44. Even if you are on the right track, You’ll get run over if you just sit there. – Will Rogers

45. You must either modify your dreams or magnify your skills. – Jim Rohn

46. Look well to this day. Yesterday is but a dream and tomorrow is only a vision. But today well lived makes every yesterday a dream of happiness and every tomorrow a vision of hope. Look well therefore to this day. – Francis Gray

47. Leadership is the art of getting someone else to do something you want done because he wants to do it. – Dwight Eisenhower

48. Never interrupt your enemy when he is making a mistake. – Napoleon Bonaparte

50. Every accomplishment starts with a decision to try. – Unknown

51. The first one gets the oyster the second gets the shell. – Andrew Carnegie

53. A business has to be involving, it has to be fun, and it has to exercise your creative instincts. – Richard Branson

54. We generate fears while we sit. We over come them by action. Fear is natures way of warning us to get busy. – Dr. Henry Link

56. Live daringly, boldly, fearlessly. Taste the relish to be found in competition – in having put forth the best within you. – Henry J. Kaiser

In the words of Robert Frost, “the only way around is through.” In other words, we might talk about doing something all we want, but at the end of the day, to cross that river you have to row the boat. 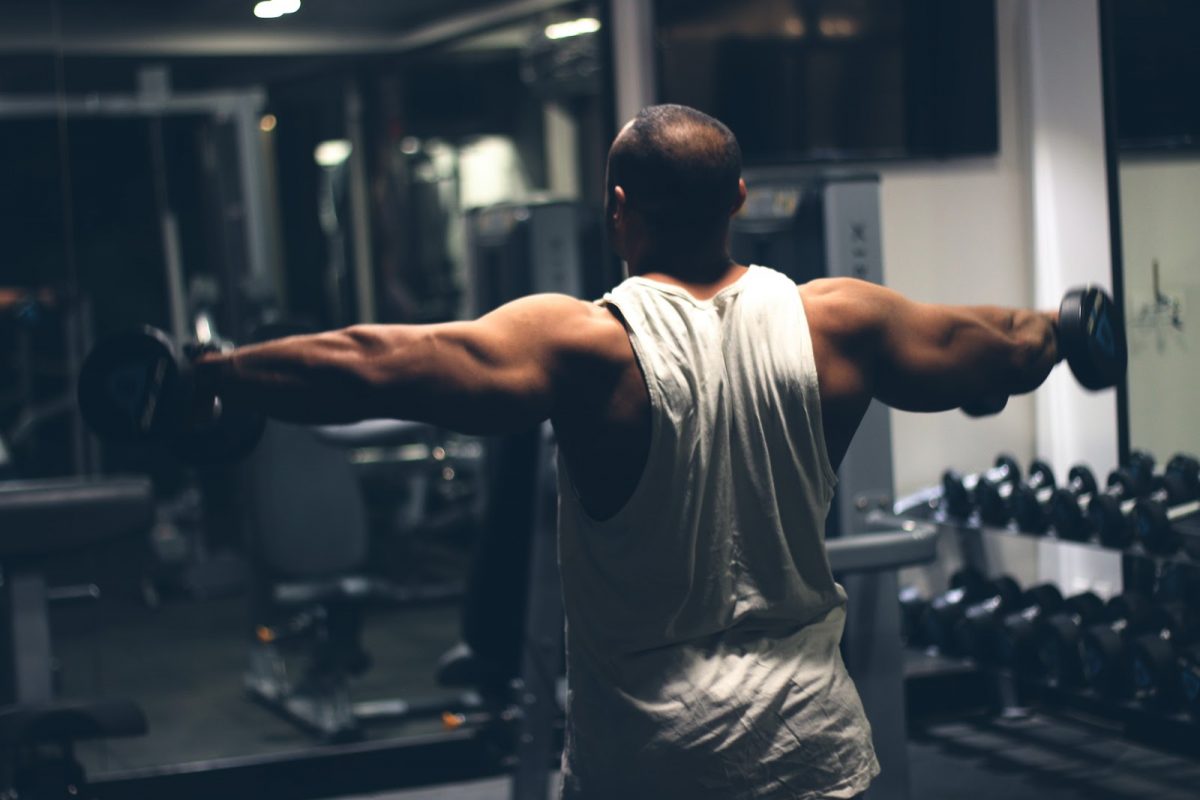 50 Most Surprising Hard work Quotes That Will Definitely Inspire You

Hard work pays off. No better kick-start for this article. We hear it so many times that it might sound like a cliché taken from a success seminar. Nevertheless, realize that it’s true. Hard work really pays off, how can one know? By working hard you will understand the value of hard work, and most importantly you’ll see the results you can achieve by having an untouchable work ethic.

Here are some of the best quotes for you said by Steve Job and Quotes said by Michael Jordan to motivate you. 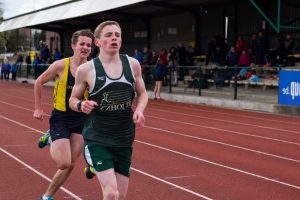 1. “All roads that lead to success have to pass through hard work boulevard at some point.” – Eric Thomas

2. “I have learned that success is to be measured not so much by the position that one has reached in life as by the obstacles which he has had to overcome while trying to succeed.” – Booker T. Washington

3. “There is no elevator to success, you have to take the stairs.” – Zig Ziglar

7. “I’m a greater believer in luck, and I find the harder I work the more I have of it.” – Thomas Jefferson

8. “Opportunities are usually disguise as hard work, so most people don’t recognise them.” – Ann Landers

10. “Striving for success without hard work is like trying to harvest where you haven’t planted.” – David Bly

11. “Some people dream of success while others wake up and work hard at it.” – Napoleon Hill

12. “Nothing can subtract hard work from success, only add to it.” – Manjunath Harlapur

15. “Some people dream of success, while other people get up every morning and make it happen.” – Wayne Huizenga

17. “Nothing worth having comes easy.” – Theodore Roosevelt

18. “Work hard in silence, let your success be your noise.” – Frank Ocean

19. “Theres is no substitute for hard work.” – Thomas Edison

20. “A dream does not become reality through magic; it takes sweat, determination and hard work.” – Colin Powell

21. “The road to success comes through hard work, determination and sacrifice.” – Dolzinski

23. “The difference between try and triumph is just a little umph!” – Marvin Phillip

24. “Successful people are not gifted; they just work hard, then succeed on purpose.” – G. K. Nelson

25. “I never dreamed about success. I worked for it.” – Estee Lauder 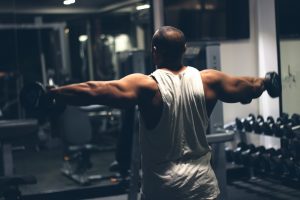 26. “Working hard overcomes a who lot of other obstacles. You can have unbelievable intelligence, you can have connections, you can have opportunities fall out of the sky. But in the end, hard work is the true, enduring characteristic of successful people.” ― Marsha Evans

27. “If you work hard enough and assert yourself, and use your mind and imagination, you can shape the world to your desires.” – Malcolm Gladwell

28. “Success isn’t given. It’s earned. On the track, on the field, in the gym. With blood, sweat, and the occasional tear.” – Nike

31. “Things may come to those who wait, but only the things left by those who hustle.” – Abraham Lincoln

37. “The price of success is hard work, dedication to the job at hand, and the determination that whether we win or lose, we have applied the best of ourselves to the task at hand.” – Vince Lombardi

38. “If your success was earned through hard work and honesty never apologize for it.” – Frank Sonnenberg

39. “The difference between greed and ambition is a greedy person desires things he isn’t prepared to work for.” – Habeeb Akande

41. “Focused, hard work is the real key to success. Keep your eyes on the goal, and just keep taking the next step towards completing it. If you aren’t sure which way  to do something, do it both ways and see which works better.” – John Carmack

42. “A Successful man continues to look for work after he has found a Job.” – Unknown

43. “Success is the result of perfection, hard work, learning from failure, loyalty, and persistence.” – Colin Powell

44. “The dictionary is the only place where success comes before work.” – Mark Twain

45. “Success in business requires training and discipline and hard work. But if you’re not frightened by these things, the opportunities are just as great today as they ever were.” – David Rockefeller

46. “I learned the value of hard work by working hard.” – Margaret Mead

47. “Nothing worthwhile comes easily. Work, continuous work and hard work, is the only way to accomplish results that last.” – Napoleon Hill

48. “Success is the sum of small efforts repeated day in and day out.” – Robert Collier

49. “You’ve got to work hard for your success and you’ve got to have a steady presence. That’s the secret.” – Kid Rock

50. “And where I excel is ridiculous, sickening, work ethic. You know, while the other guy’s sleeping? I’m working.” – Will Smith

Here is the list of the best hard work quotes. I have covered most of the quotes in the best way possible. If you have more suggestions, feel free to contact us and we will definitely prioritise your suggestion.