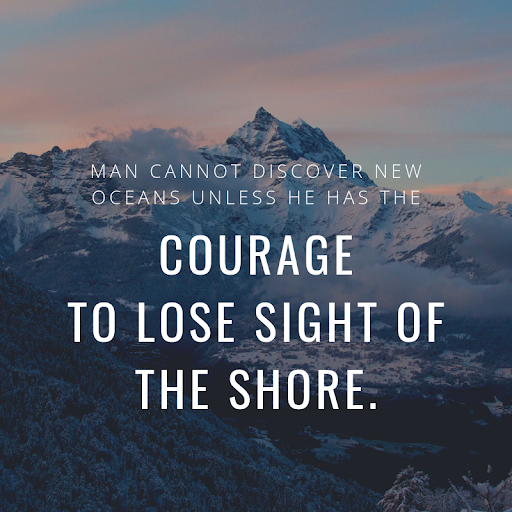 42 Awesome Encouraging Courage Quotes That You Must Read

Being brave doesn’t mean you are not afraid, it simply means, you are afraid, yet you chose to keep moving. There are times when you know you are doing the right thing, but still, your feet are jammed due to fear, don’t let your fears stop you from doing what should be done.

Come off the ground, and move forward. For the sake of inspiration, here is the list of awesome courage quotes for you.

Also, make sure to check out our post on the best never give up motivational quotes. 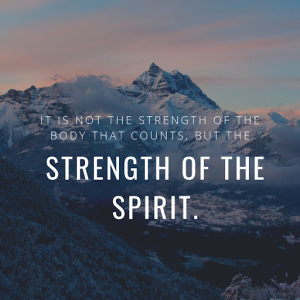 1. “Courage doesn’t always roar. Sometimes courage is the quiet voice at the end of the day saying, “I will try again tomorrow.” – Mary Anne Radmacher

2. “Don’t be afraid of your fears. They’re not there to scare you. They’re there to let you know that something is worth it.” -C. Joybell C

3. “The brave may not live forever, but the cautious don’t live at all.” – Ashley L

4. “Confront the dark parts of yourself, and work to banish them with illumination and forgiveness. Your willingness to wrestle with your demons will cause your angels to sing.” -August Wilson

5. “Anyone can give up, it’s the easiest thing in the world to do. But to hold it together when everyone else would understand if you fell apart, that’s true strength.” – Unknown

6. “There is a stubbornness about me that never can bear to be frightened at the will of others. My courage always rises at every attempt to intimidate me.” -Jane Austen

7. “Being deeply loved by someone gives you strength, while loving someone deeply gives you courage.”  -Lao Tzu 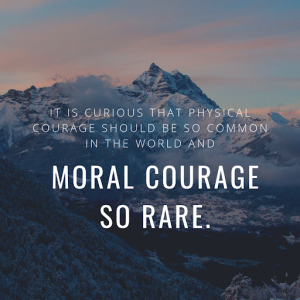 9. “Don’t be satisfied with stories, how things have gone with others. Unfold your own myth.” -Rumi

12. “Success is not final, failure is not fatal: it is the courage to continue that counts.” -Winston Churchill

13. “Courage is resistance to fear, mastery of fear – not absence of fear.” -Mark Twain 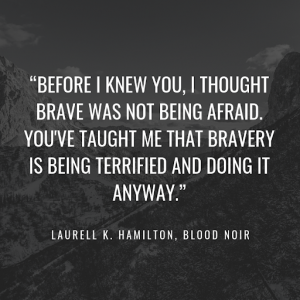 14. “It takes courage to grow up and become who you really are.” -E.E. Cummings

15. “I wanted you to see what real courage is, instead of getting the idea that courage is a man with a gun in his hand. It’s when you know you’re licked before you begin, but you begin anyway and see it through no matter what.” -Atticus Finch

17. “The most courageous act is still to think for yourself. Aloud.”-Coco Chanel

18. “When we least expect it, life sets us a challenge to test our courage and willingness to change; at such a moment, there is no point in pretending that nothing has happened or in saying that we are not yet ready. The challenge will not wait. Life does not look back. A week is more than enough time for us to decide whether or not to accept our destiny.” -Paulo Coelho

19. “Courage is the most important of all the virtues because without courage, you can’t practice any other virtue consistently.” -Maya Angelou

20. “The two hardest tests on the spiritual road are the patience to wait for the right moment and the courage not to be disappointed with what we encounter.” -Paulo Coelho

‘That is the only time a man can be brave,’ his father told him.” -Lord Stark

22. “With enough courage, you can do without a reputation.” -Margaret Mitchell

23. “You cannot swim for new horizons until you have courage to lose sight of the shore.” -William Faulkner

25. “Everyone has talent. What’s rare is the courage to follow it to the dark places where it leads.” -Erica Jong

26. “Courage isn’t having the strength to go on – it is going on when you don’t have strength.” -Napoleon Bonaparte

27. “Whatever you do, you need courage. Whatever course you decide upon, there is always someone to tell you that you are wrong. There are always difficulties arising that tempt you to believe your critics are right. To map out a course of action and follow it to an end requires some of the same courage that a soldier needs. Peace has its victories, but it takes brave men and women to win them.”-Ralph Waldo Emerson 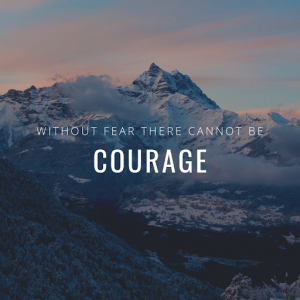 29. “Have courage for the great sorrows of life and patience for the small ones; and when you have laboriously accomplished your daily task, go to sleep in peace. God is awake.” -Victor Hugo

30. “Be brave to stand for what you believe in even if you stand alone.”

“Owning our story can be hard but not nearly as difficult as spending our lives running from it. Embracing our vulnerabilities is risky but not nearly as dangerous as giving up on love and belonging and joy—the experiences that make us the most vulnerable. Only when we are brave enough to explore the darkness will we discover the infinite power of our light.” -Brene Brown

31. “Courage. Kindness. Friendship. Character. These are the qualities that define us as human beings, and propel us, on occasion, to greatness.” -R.J. Palacio 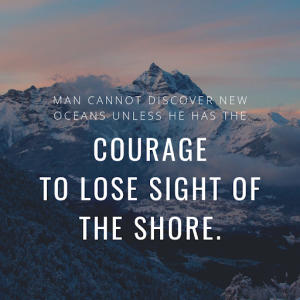 33. “Life is made of so many moments that mean nothing. Then one day, a single moment comes along to define every second that comes after. Such moments are tests of courage, of strength.” -Sabaa Tahir

34. “Keep in mind that many people have died for their beliefs; it’s actually quite common. The real courage is in living and suffering for what you believe.” -Chirstopher Paolini

35. “Real courage is when you know you’re licked before you begin, but you begin anyway and see it through no matter what.” -Harper Lee

36. “The secret of happiness is freedom, the secret of freedom is courage.” -Carrie Jones

38. “Just because you fail once doesn’t mean you’re gonna fail at everything.”-Marilyn Monroe

39. “It’s your life; you don’t need someone’s permission to live the life you want. Be brave to live from your heart.” -Roy T. Bennett

41. “We believe in ordinary acts of bravery, in the courage that drives one person to stand up for another.” – Veronica Roth

Robert Louis Stevenson once said, “Keep your fears to yourself, but share your courage with others.” Then what is stopping you from sharing this article with others? Go ahead, and press those buttons down there!