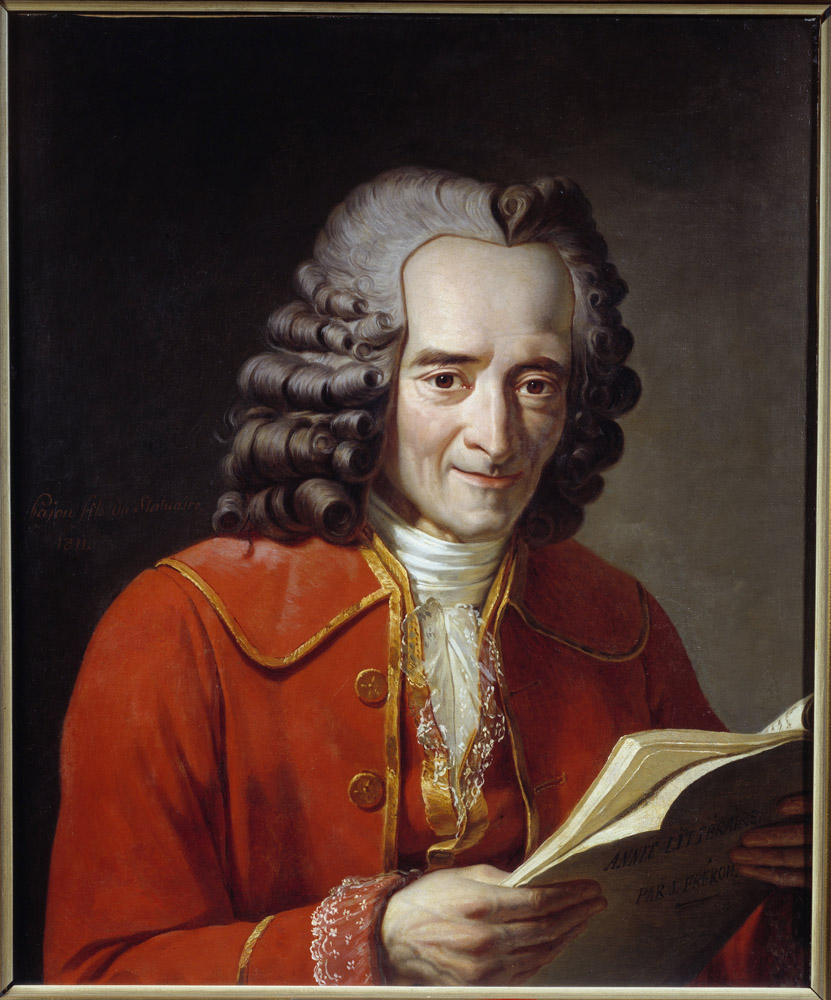 François-Marie Arouet, popularly known as Voltaire was a French philosopher, writer and historian. He was famously known for his satire, wit and outspoken advocacy towards civil liberty.
Voltaire is widely regarded as one of France’s greatest Enlightenment writers. During his lifetime, he wrote more than 20,000 letters and over 2000 books and pamphlets.

Born on 21 November, 1694 in Paris, Voltaire quickly established himself as one of the leading Enlightenment writers with his masterpieces such as the satirical novella Candide. He was a strong believer in freedom of speech and liberal society. Due to his politically and religiously charged works, Voltaire was sent to prison twice and spent many years in exile. He died in 1778, shortly after his return to Paris.

To inspire your thoughts, here are some enlightening quotes from Voltaire.

Also, check out our latest post on best quotes by Maya Angelou. 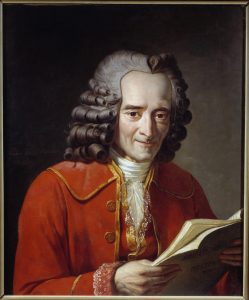 1.) Friendship is the marriage of the soul, and this marriage is liable to divorce. ― Voltaire

2.) “If you want to know who controls you, look at who you are not allowed to criticize.” ― Voltaire

3.)“Love is a canvas furnished by nature and embroidered by imagination.” ― Voltaire

4.) “It is clear that the individual who persecutes a man, his brother, because he is not of the same opinion, is a monster.” ― Voltaire

8.) “Beware of the words “internal security,” for they are the eternal cry of the oppressor.” ― Voltaire

9.) “It is dangerous to be right in matters on which the established authorities are wrong.” – Voltaire

10.) “Cherish those who seek the truth but beware of those who find it.” ― Voltaire

11.) “The most important decision you make is to be in a good mood.” ― Voltaire

12.)Tears are the silent language of grief. – Voltaire

13.) If God did not exist, it would be necessary to invent him. – Voltaire

14.) Think for yourself and let others enjoy the privilege of doing so too. – Voltaire

15.) “Appreciation is a wonderful thing: It makes what is excellent in others belong to us as well.” – Voltaire

16.)Every man is guilty of all the good he did not do. – Voltaire

17.) The more often a stupidity is repeated, the more it gets the appearance of wisdom. – Voltaire

18.) The art of medicine consists in amusing the patient while nature cures the disease. – Voltaire

19.) “Judge a man by his questions rather than by his answers.” ― Voltaire

20.) “The more I read, the more I acquire, the more certain I am that I know nothing.” ― Voltaire

21.)“Faith consists in believing what reason can
not.” ― Voltaire

22.) The only way to comprehend what mathematicians mean by Infinity is to contemplate the extent of human stupidity. – Voltaire

23.“Let us read, and let us dance; these two amusements will never do any harm to the world.” ― Voltaire

25.)All the reasonings of men are not worth one sentiment of women. ― Voltaire 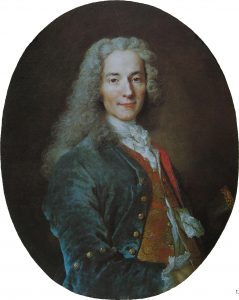 26.) ‎Life is a shipwreck, but we must not forget to sing in the lifeboats. ― Voltaire

27.) Democracy is just a filler for textbooks! Do you actually believe that public opinion influences the government?
― Voltaire

28.)There are truths which are not for all men, nor for all times. ― Voltaire

29.) He who thinks himself wise, O heavens! is a great fool. ― Voltaire

30.)Common sense is both rarer and more desirable in leaders than mere intelligence. ― Voltaire

31.)“As long as people believe in absurdities they will continue to commit atrocities.- Voltaire

32.)“To learn who rules over you, simply find out who you are not allowed to criticize.”- Voltaire

34.)Every man is the creature of the age in which he lives; very few are able to raise themselves above the ideas of the time. – Voltaire

35.) When it is a question of money, everybody is of the same religion. – Voltaire

37.) “All people are equal, it is not birth, it is virtue alone that makes the difference.” – Voltaire

38.) “In my life, I have prayed but one prayer: oh Lord, make my enemies ridiculous. And God granted it.” – Voltaire

40.) “The true triumph of reason is that it enables us to get along with those who do not possess it.” – Voltaire

41.) “Our wretched species is so made that those who walk on the well-trodden path always throw stones at those who are showing a new road.” – Voltaire

42.) “It is forbidden to kill; therefore all murderers are punished unless they kill in large numbers and to the sound of trumpets.”- Voltaire

43.)”The greatest consolation in life is to say what one thinks.” – Voltaire

44.) “Animals have these advantages over man: They have no theologians to instruct them, their funerals cost them nothing, and no one starts lawsuits over their wills.” – Voltaire

46.) “A long dispute means that both parties are wrong.” – Voltaire

47.) “Rest is a good thing, but boredom is its brother.”-Voltaire

49.) “It is far better to be silent than merely to increase the quantity of bad books.” – Voltaire

50.) “In general, the art of government consists in taking as much money as possible from one party of the citizens to give to the other.” – Voltaire

So here is the list of the best quotes from Voltaire. I have covered most of the quotes in the best way possible. If you have more suggestions, feel free to contact us and we will definitely prioritise your suggestion.